Movies in the Park

Friday Night Movies in the Park 2022

Enjoy a film outdoors on the big screen with family and friends! Movies begin at dusk, but make sure you arrive early for the best viewing spots. Pack a picnic, bring your blanket, sit back, relax, and enjoy the show. 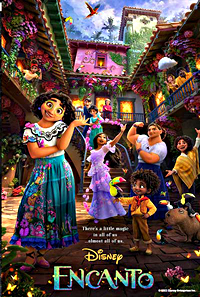 The Madrigals are an extraordinary family who live hidden in the mountains of Colombia in a charmed place called the Encanto. The magic of the Encanto has blessed every child in the family with a unique gift -- every child except Mirabel. However, she soon may be the Madrigals last hope when she discovers that the magic surrounding the Encanto is now in danger.

To View a Trailer of Encanto >> 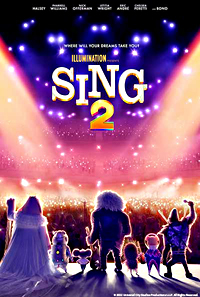 Can-do koala Buster Moon and his all-star cast of animal performers prepare to launch a dazzling stage extravaganza in the glittering entertainment capital of the world. There's just one hitch -- he has to find and persuade the world's most reclusive rock star to join them. What begins as Buster's dream of big-time success soon becomes an emotional reminder of the power of music to heal even the most broken heart. 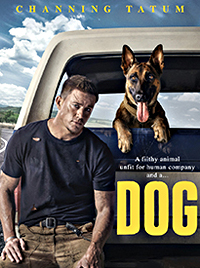 With a dog named Lulu by his side, Army Ranger Briggs races down the Pacific Coast to make it to a soldier's funeral on time. Along the way, Briggs and Lulu drive each other completely crazy, break a handful of laws, narrowly evade death, and learn to let down their guards to have a fighting chance of finding happiness.

To View a Trailer of Dog >> 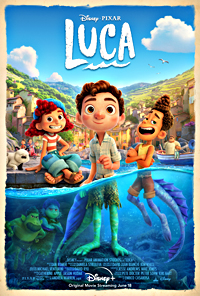 Set in a beautiful seaside town on the Italian Riviera, the original animated feature is a coming-of-age story about one young boy experiencing an unforgettable summer filled with gelato, pasta and endless scooter rides. Luca shares these adventures with his newfound best friend, but all the fun is threatened by a deeply held secret: he is a sea monster from another world just below the water's surface.

To View a Trailer of Luca >> 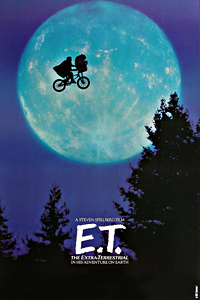 After a gentle alien becomes stranded on Earth, the being is discovered and befriended by a young boy named Elliott (Henry Thomas). Bringing the extraterrestrial into his suburban California house, Elliott introduces E.T., as the alien is dubbed, to his brother and his little sister, Gertie (Drew Barrymore), and the children decide to keep its existence a secret. Soon, however, E.T. falls ill, resulting in government intervention and a dire situation for both Elliott and the alien.

To View a Trailer of E.T. the Extra-Terrestrial >>

Movies in the Park are sponsored in part by Franklin First Federal Credit Union. Contact the Recreation Department if you would like more information about becoming a sponsor!